ADLER, Austria's leading paint manufacturer, is making preparations for a successful future: On Thursday, 25 April, the most modern water-based paint factory in Europe and the new ADLER logistics centre were inaugurated in Schwaz: 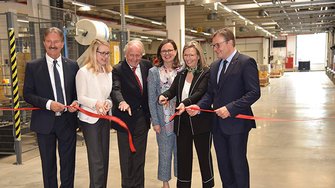 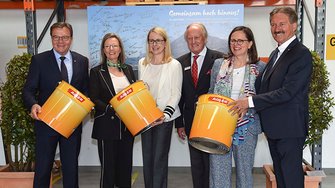 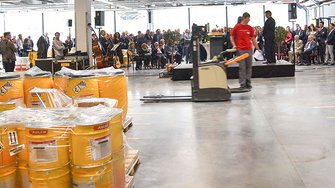 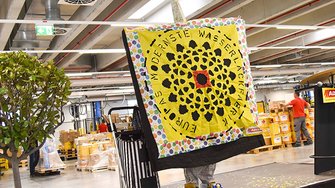 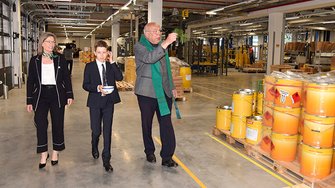 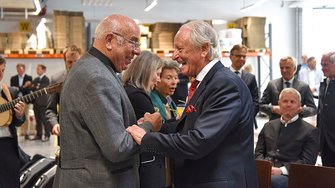 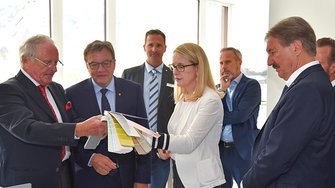 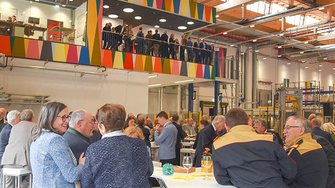 "A milestone in the history of the ADLER family business and a generation project with which we are preparing ourselves for the challenges of industry 4.0," as ADLER Managing Director Andrea Berghofer underlined. Together with her sister Claudia Berghofer, Head of ADLER Corporate Communications, she welcomed more than 200 guests of honour to the celebration in ADLER's new plants: representatives from politics and business, from the administration and the trade associations as well as numerous customers and suppliers and, last but not least, many ADLER employees to whom the Managing Director expressed her special thanks: "Implementing a project of this magnitude deserves the greatest respect. The fact that we were able to successfully overcome this challenge is primarily due to the work of motivated, creative and competent employees – I bow down to your achievements!"

Since the laying of the foundation stone in January 2016, the family-owned company ADLER has invested more than 60 million Euro in the construction of the new plants and at the same time pointed the way for the site in Schwaz: "This is where the foundation stone for ADLER was laid 85 years ago, this is where the heart of ADLER as the company headquarters and as the only production site will continue to beat in the future. After all, this also means entrepreneurship: taking responsibility for the environment, for the people and for the region," said Andrea Berghofer. The Mayor of Schwaz Dr. Hans Lintner, Governor Günther Platter and Federal Minister Dr. Margarete Schramböck also praised this sustained commitment to the Schwaz site in unison in their greetings: "We can be proud to have companies like ADLER in our country," stated Platter, while Minister Schramböck said: "Family businesses are the backbone of our economy. ADLER impressively demonstrates how innovations create and secure jobs for the next generations!"

FEAST FOR ALL THE SENSES

After the ceremonial inauguration, the guests of honour went on a tour of the ultra-modern plants themselves under the expert guidance of ADLER employees. At the end of the tour, a special highlight awaited the guests: Lunch was served between the pipelines and production tanks of the newly built water-based paint factory. "Our motto has always been: 'clean work – clean environment' – our production is so clean that you can even eat in our factory without worrying," enthused Claudia Berghofer. She had organised the inauguration ceremony of the new ADLER plants as a feast for all the senses: Guitarist Martin Wessely and his combo Carlos Martin y sus Caballeros brought their jazzy rhythms, a vaudeville artist ensured varied entertainment and to bring things to a close a paper magician presented each visitor with a handmade tissue paper flower as a farewell gift: A very special spring greeting from the colourful world of ADLER.

FACT-BOX: THE MOST MODERN WATER-BASED PAINT FACTORY IN EUROPE

In the new ADLER water-based paint factory, which was built in 2016 and 2017 as the first construction stage of the ADLER 2020 project, up to 30,000 tons of environmentally friendly water-based paints can be produced each year using an innovative modular production process. High-tech process control and state-of-the-art plant technology with more than 70 stainless steel tanks ensure the highest level of flexibility, efficiency and quality. Every day, the team of nine skilled workers produces 10 to 15 production batches of water-based paints and wall paints, which are filled into the sales containers in a modern filling plant and transported to the new high-bay warehouse via a fully automatic conveyor system. The factory hall was built in modern timber construction and the external façade was coated with the pre-greying glaze Pullex Silverwood from ADLER. A photovoltaic system on the roof and a groundwater heat pump ensure an environmentally friendly energy supply.

As the second construction phase of the ADLER 2020 project, an innovative logistics centre with an efficient high-bay warehouse for finished products was built in 2017 and 2018. In the warehouse, 10 fully automatic storage and retrieval machines remove the pallets from the 15,200 storage locations and transport them to order picking – around 480 pallets can be retrieved and returned to storage per hour. A fully automatic extinguishing system ensures optimal fire protection, a photovoltaic system and a groundwater heat pump supply the building with clean energy. In the logistics centre, around 700 deliveries per day are picked at six modern picking stations and made available for collection at 10 lorry ramps; around 85 tons of paints, varnishes and wood preservatives leave the ADLER warehouse every week. In addition, the logistics centre has a customer service centre, a colour mixing centre and a facility for the foreign-language labelling of sales containers.